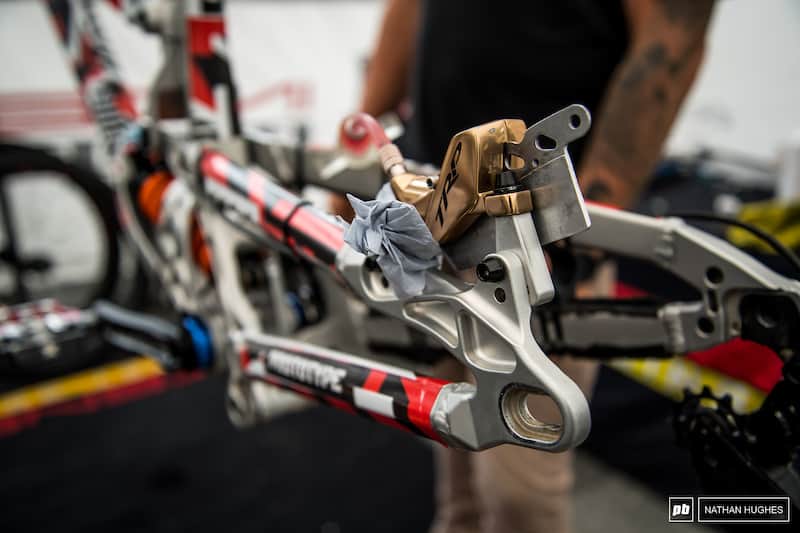 A fresh track greeted the downhill racers as they arrived in Les Gets for the second round of the 2021 season, making for a busy day in the pits as mechanics got their racer’s bikes ready for practice tomorrow. Bike setup will be an interesting prospect this weekend with track and weather conditions looking unpredictable. Here’s what was happening today:

There was plenty of tire prep going down in the pits today with lots of mud spikes being readied.

Gwin is trying out the TRP Slate T4 levers with the DH-R caliper.

Looks like there are some new tires coming from Continental.

There are no real details for the moment, but Atherton Bikes had a few different prototypes to choose from.

Commencal 100% are running a Joystick Components cockpit this week. There’s a mix of carbon and alloy bars on their bikes.

It looks like there are some new TRP shifters out there.

Aaron Gwin is also running a blacked-out mech. It looks like TRP have been busy.

The closer you look at this thing the better it looks.

Cut knobs were first on the list for most teams. Some are going as far as trying different cut patterns for the eventual changing conditions