Update: Tahnee’s team has posted a sequence of images from Tahnee’s crash and says that she may not be in the start hut tomorrow. 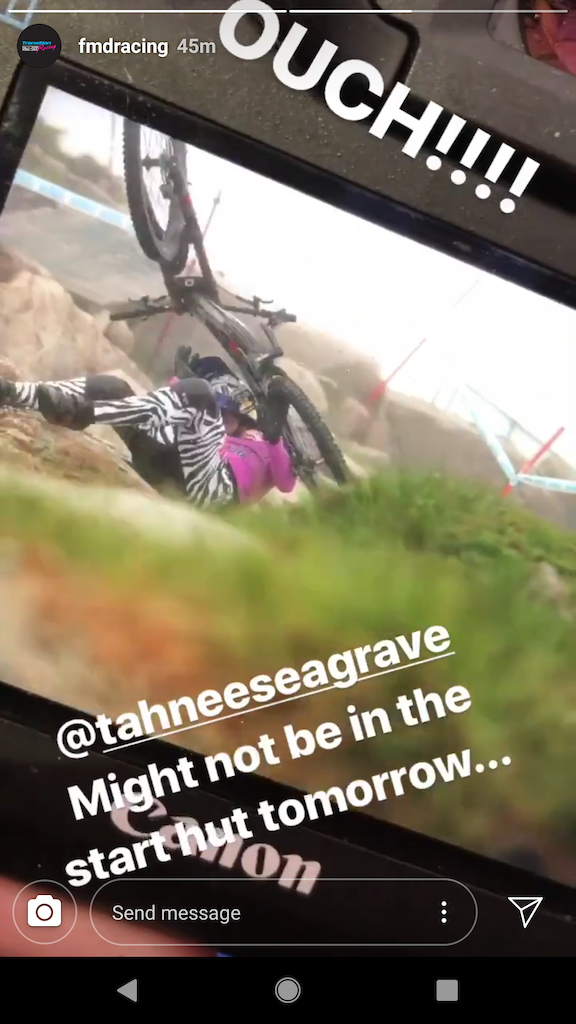 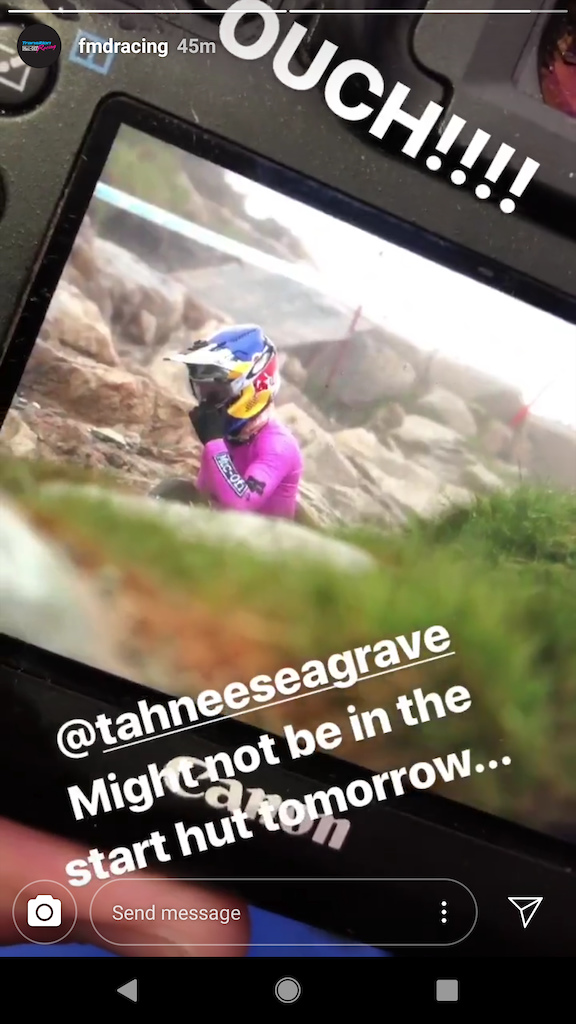 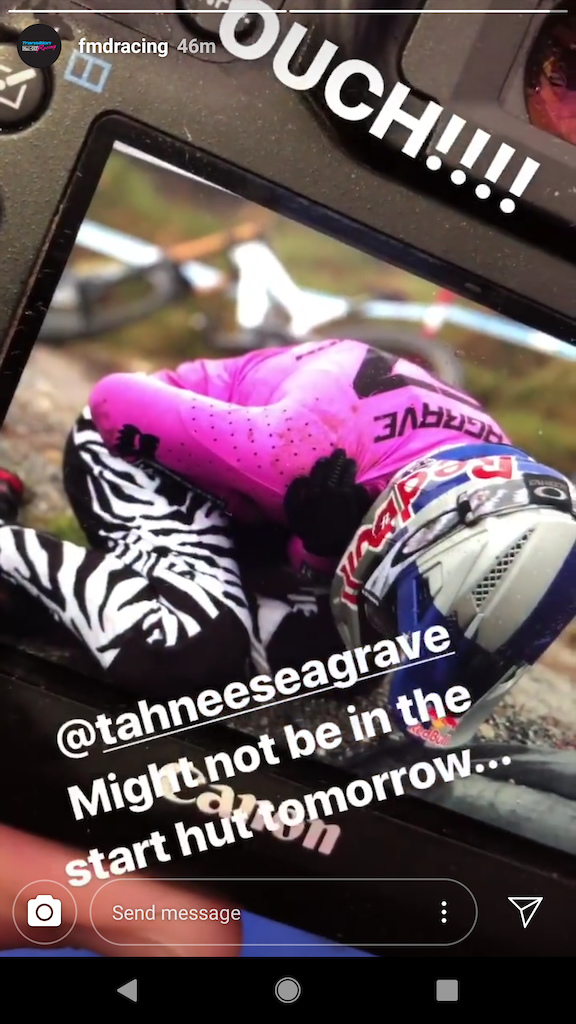 Reports have surfaced that Tahnee Seagrave has suffered a collarbone injury at the Fort William World Cup and may have to sit out the race after being taken away in an ambulance.

The winner in Fort William last year, Tahnee was due to race with the number 1 plate for the first time in her career this weekend despite having previously won 7 World Cups. Fate may have dealt her a cruel hand though, and she may now have to wait even longer.

Tahnee did not register a run in timed training and Singletrack and Wideopen are reporting that Tahnee went over the bars and will be off the bike with a suspected broken collarbone. With Leogang just a week away, this could play serious havoc with her overall campaign too.

Healing vibes go out to Tahnee and we’ll update this story with more news and some confirmation when we get it.https://www.pinkbike.com/news/tahnee-seagrave-reportedly-injured-at-fort-william.html?trk=rss