Steel frames seem to be popping up everywhere, like Chewmac Bikes in the Eastern Townships of Quebec, Canada, and there’s good reasoning behind that. The material is readily available and less complex to work with for manufacturers with smaller-scale equipment, and all of Chewmac’s frame components are designed and manufactured near the town of Sherbrooke.

Chewmac’s journey began in 2016 when the founder, Benjamin Macé, built his first frame, a dual-link trail bike with 130mm of rear-wheel travel. Since then, two passionate employees have joined the company and aim to have a hardtail frame and complete parts package ready to roll in just a few weeks. Following closely behind, there is a 155mm chromoly enduro frame that will be available in August, followed by a parts kit next year.

By using bolt-on aluminum dropouts, all Chewmac bikes offer the ability to swap rear wheels between 29″ and 27.5″ without affecting the geometry. Those modular pieces, which include the forward shock mount, open up possibilities for future tuning. Other specs are seen as standards today, like an IS42/56 headset, 31.6mm seat tube, Boost hub spacing, and a threaded 73mm bottom bracket shell.

Looking closer at Chewmac’s $1,799 CAD Balance frame, the geometry is aggressive without being too outlandish for a hardtail with a 140mm fork. The numbers, like the 63.7-degree head angle, sit close to their full-suspension option, the Ginger, although the chainstays are much shorter at 432mm and the reach creeps up a few millimeters per size.

The $3,899 CAD frame Ginger runs on a progressive dual-link suspension design coined as the “Beni-S” kinematic. A high anti-squat starts near 185% but steadily drops down to around 130% at sag, or one-third of the travel. The anti-rise starts just above 105% to retain the geometry under braking and the pedal kickback is claimed to stay very low. A bracing tube parallels the shock placement to resist side loading and the headtube is fitted with a burly-looking gusset; fork travel is suggested at 160mm, but can run 10mm longer if desired.

As for sizing, four options span reach numbers from 432mm on the SM to 507mm for the XL, but all chainstay lengths resort to a fixed 448mm across the board. Other numbers like a 63.5-degree head tube and 76.4-degree seat tube angles place the Ginger in the modern realm of geometry. You can check out all of the geometry numbers on Chewmac Bikes’ website. 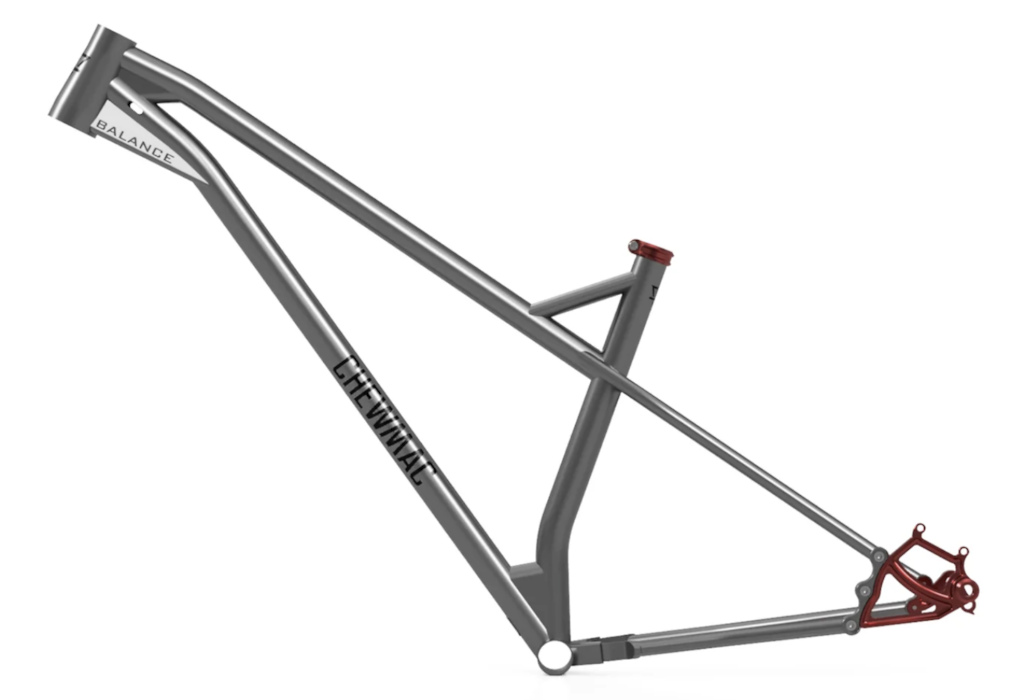 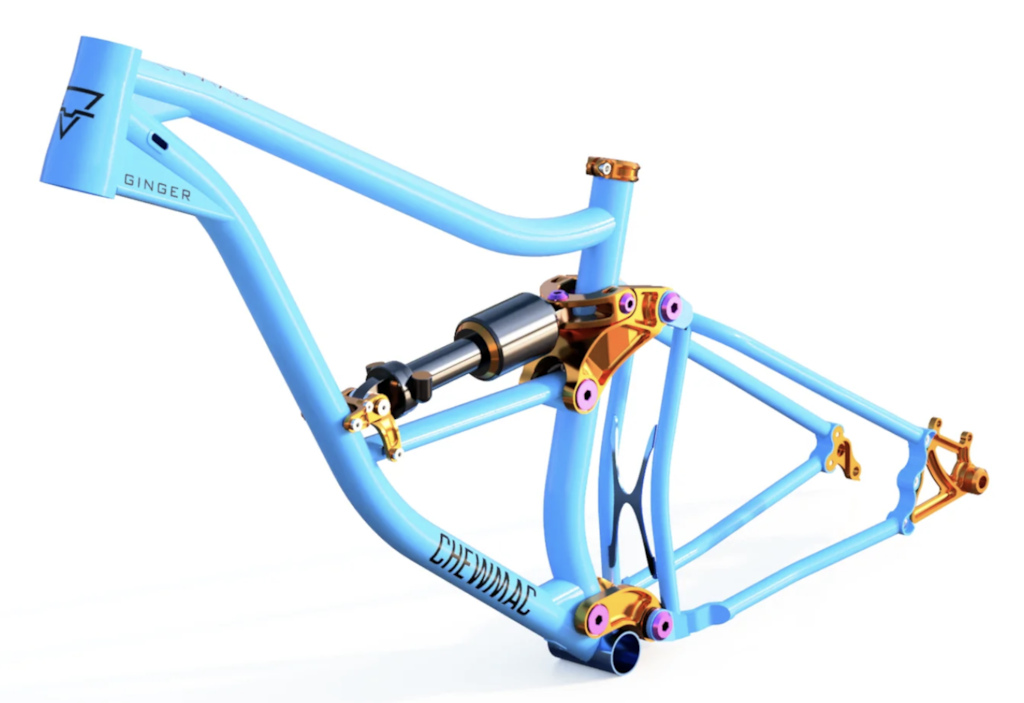 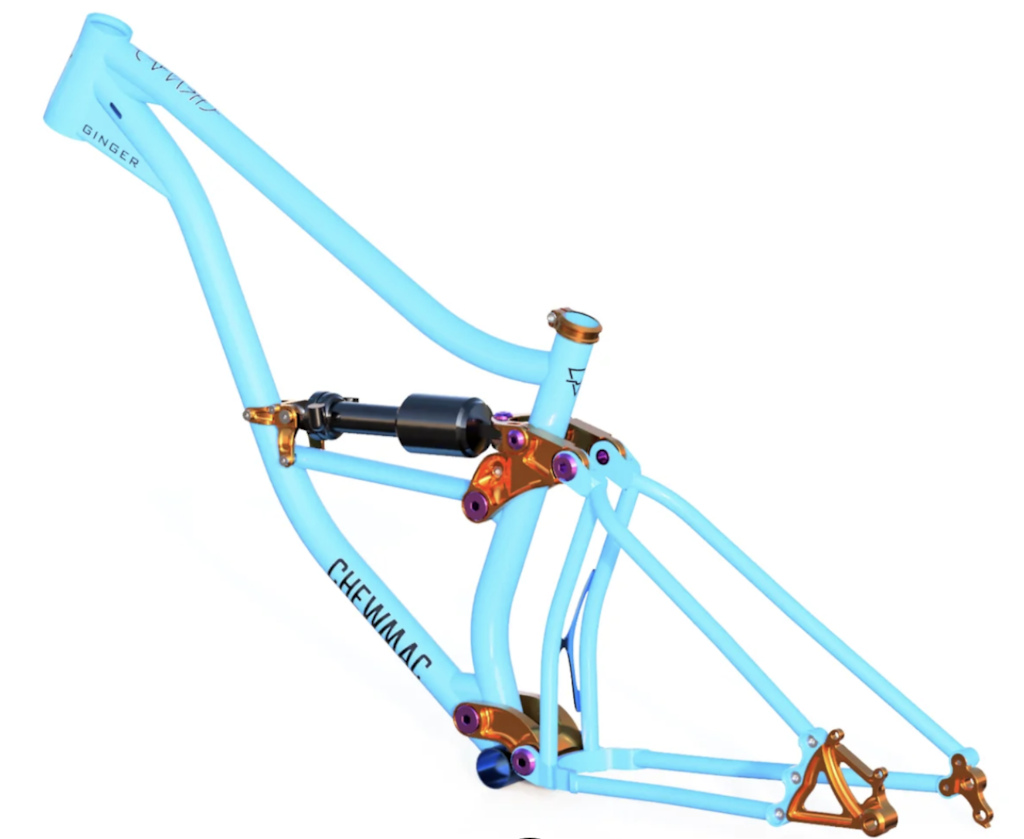 « The Pinkbike Podcast: Episode 129 – Are There Too Many MTB Videos? Interview w/ IFHT’s Jason Lucas
The UCI Expands Controls for Mechanical Doping at Tour de France »