Cycling’s First NFT is a Picture of a Bike That Sold for $2,000 More Than the Actual Bike 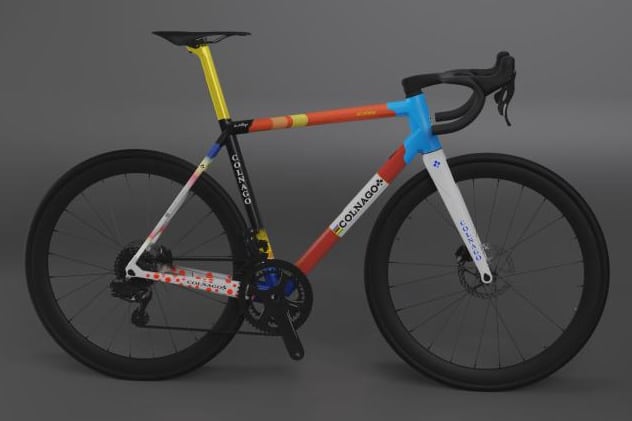 If you’ve been on any music, film, art or games website in the past 6 months, you’ll no doubt have heard about NFTs. Well, now it’s the bike industry’s turn to get in on the action and, as you might expect from an intersection of cryptocurrency and cycling, a silly amount of money has changed hands for something that you can’t even ride.

The NFT in question is a 3D rendering of a special edition frame from Italian road bike brand Colnago. The rendering is a 1-of-1 C64 frame that celebrates the great victories the brand has taken in the past from Tony Rominger’s Hour Record to Tadej Pogačar’s Tour de France-winning V3Rs.

The rendering has now sold to User MTD-01, who has coughed up 3.2 wETH tokens (a cryptocurrency) for an NFT of a Colnago C64. This converts to US$8,592USD – or, about $2,300USD more than an actual Colnago C64 frameset that exists in the real world

But what is going on here and why is it worth so much? Well, it’s probably not.

First we probably need to understand what an NFT actually is. NFT stands for non-fungible token and it is a way to authenticate a digital asset. It works a bit like an artist’s signature where a painting itself could be printed and copied identically but the painting with the artist’s signature on it has a much higher value due to its authenticity and rareness. Similarly, when an NFT is purchased, the transaction is stored on a digital ledger called a blockchain that records the purchaser of the NFT as the sole, rightful owner of an authentic artifact. Some recent examples include Jack Dorsey, founder of Twitter selling his first tweet for over $2.5 million, the meme animation Nyan Cat selling in an Internet marketplace for just under $600,000 and Tony Hawk selling footage of his last ever 540.

Anyway, back to Colnago. Much like the NFTs listed above, we can all see the rendering of the bike but none of us own it, unlike MTD-01. They purchased it two days ago after a bidding war with another interested party and Colnago has said that the design will never be replicated, meaning they own the only version of the picture in existence.

The whole affair might bring to mind the saying about the fool and their money but maybe one day NFTs will take over the world and the prestige of cycling’s first will make MTD-01 a multi-multi-millionaire… if they aren’t already. Will that happen? If I knew, I certainly wouldn’t be writing about it that’s for sure. Anyway, time for a spin on a real bike that actually exists in the real world to try and forget about all this…

For more info or to make MTD-01 an offer to take the NFT off their hands, click here.

« Video: Samantha Soriano is Definitely Ready to Send It in Episode 3 of ‘Road to Formation’
The Importance of Handlebar Height & Why It’s Often Overlooked »