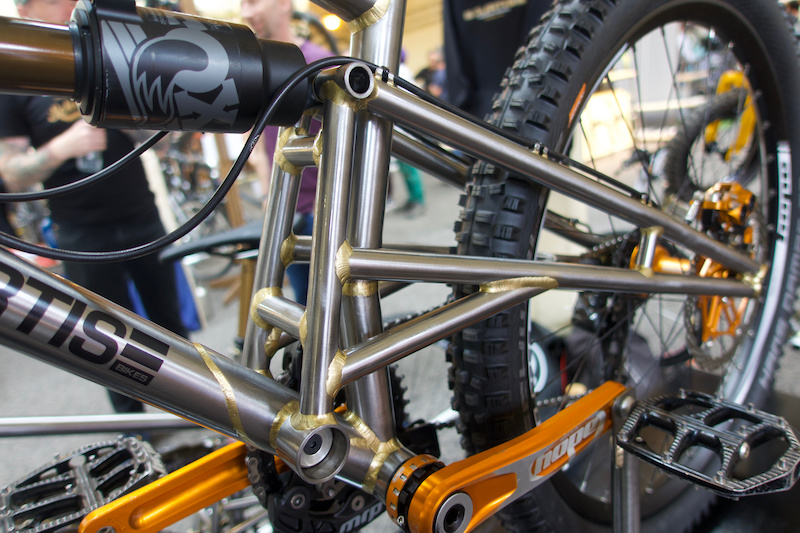 Curtis has been hand making bikes in England for nearly 50 years and the latest addition to their range is a total overhaul of the Thumpercross downhill bike.

Many moons ago, the Thumpercross was a four-bar linkage downhill bike, this steel, handmade, single-pivot machine has very little in common with the old one but they liked the name so much they decided to carry on its legacy in a totally new guise.

There’s not a machine in sight at the Curtis workshop, every aerospace grade T45 tube is cut with a hacksaw and then filed down to length, they even have a human-powered tube bender. This means that they are capable of making totally custom geometry to suit each customer’s needs. How custom you ask? Well, they can even change the thickness of the tubes for a light or heavy version, depending on how aggressively you ride. Want a bike that will take a beating? Go for the thicker tubes and plough with confidence. Want something a bit more svelte and poppy? Curtis can do that. While this bike may look chunky, it’s reportedly not too much more portly than the XR650, which comes in at around 32lbs.

The bike is currently undergoing a 6-month thrashing to ensure it is ready for sale. Expect the frameset to cost around the same as the XR650 (£1,750, no shock), with a full build costing a bit more.