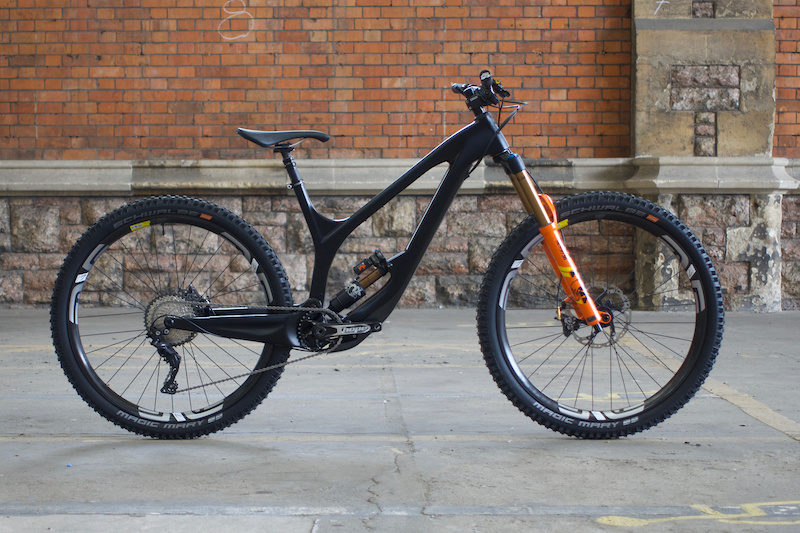 ARBR are no strangers to the pages of Pinkbike with their space-age looking Saker sparking one of the most heated comment sections the website has ever seen, and that’s saying something.

Rob Barr has not let that deter him though and has returned with a new prototype 29er, the RB2. The RB2 is not an evolution of the Saker but a whole new model with a different purpose in mind. While the Saker focussed almost entirely on descending ability, the RB2 is aimed at an all-day ride – up hill and down dale. Don’t be fooled into thinking his bike will feel out of its depth anywhere though, with 160mm of travel and 29inch wheels, it should be a trucker in its own right.

The RB2 follows the same suspension ethos as the Saker with a drop link and a rocker, but it has been lowered on this bike. There’s one big difference though and that comes from the fact there’s no idler pulley. Despite certain parts of the industry moving back towards that design, Rob has a more conventional chain line on this bike. He believes that the extra weight, noise and drag would make all day rides a chore so has dropped it from this model.

Rob wants to do a bit more testing before the bike is production ready but expects to have a final version ready for the ‘Ard Rock enduro race in August. The bike will be made in West Sussex so pricing is expected to be in line with the Saker (£4,390) but maybe slightly cheaper as there is no foam core in the frame and the design is a bit simpler.