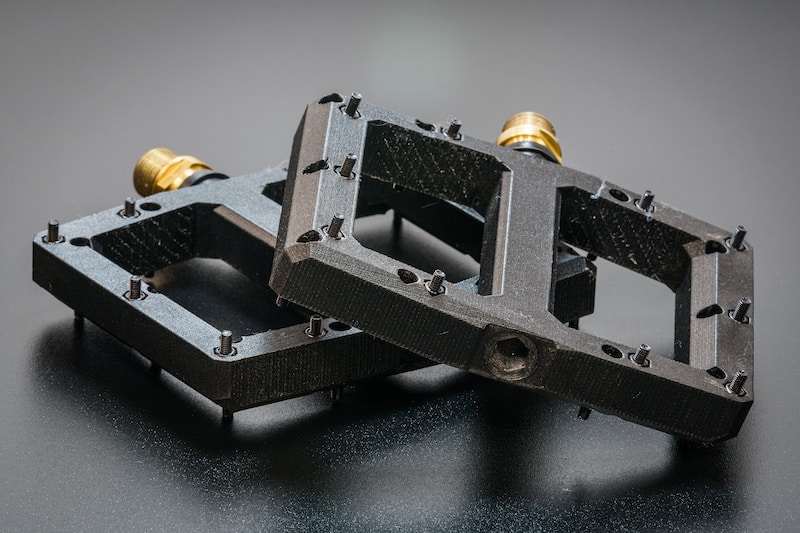 Ever since I started messing around with 3D printing, I see it everywhere. It’s either Baader-Meinhof, or the algorithm just knows me really well at this point.

An industry friend of mine has been giving me a hard time with all the weird 3D printed stuff I’ve been checking out, suggesting that we’re so spoiled for good, normal products these days. That’s probably true, we’ve gotten used to the smooth taste of traditional manufacturing and engineering, and it sometimes takes depraved, sketchy stuff to pique my interest.

So yes, while some of the promises of additive manufacturing are a long ways from viability, there are a lot of cool things being experimented with right now. Here are a few of them.

The hybrid design house/manufacturer/distributor from Switzerland has been busy. They have been dialling up selling their line of 3D printed tools, accessories, and small parts while putting in a lot of work bringing some bigger additive projects to market.

They’re jumping right into the deep end, working on making a direct mount stem, brake levers, and more. For these products they use selective laser melting to achieve much higher strength than traditional “sausage print” consumer FDM setups.

On top of the projects they’re working on, Gamux also now offers custom component design. While this is mostly aimed at the B2B side, the ability for additive manufacturing to scale means that even small companies with basic napkin sketches can access it.

We covered Titanum’s ultralight, 3D printed ‘MyTi Ultra’ pedals back in March, but I have a prototype set in my hands now. Titanum’s design uses a leaf spring rather than a traditional clip-in mechanism, with the idea being that with fewer parts means fewer failure points and less weight. On my scale the pedals are a mindblowingly light 102g for the pair, and the cleats are lighter than standard SPD cleats as well at just 46g for the pair. Combined that’s over 70g lighter than the most anemic road pedals out there. Wild.

The pedal bodies are 3D printed using Cold Metal Fusion (CMF). I’m sure someone smart will find one hundred ways I’m explaining this wrong, but as I understand it, cold metal fusion takes a bunch of titanium powder, and integrates it into a plastic “binding” material; the part gets printed into shape with lasers being shot through the powder bed at lower temperatures that only melt the plastic, and then the whole part gets sintered/heat treated to finish it. The advantage being there’s only one high-heat process, and the tolerances are quite good. And it’s titanium.

These pedals are still in the prototype stage and I haven’t logged any real rides on them yet, but my first impressions after a few laps up and down the alley are that they feel less weird than I expected. There’s not a lot of progression in the float, they feel pretty “on ice,” like old Speedplays (to be fair, I haven’t tried a Speedplay pedal in about 15 years). Clipping in feels confident and intuitive, and clipping out works just as you’d expect. Definitely a little harder to clip out of than a typical SPD, but not scary.

I was disappointed to see a lot of “pffff my SPDs are proven” comments in the original story about these pedals. I think that misses the point. There were lots of “my v-brakes are proven” comments too back when disc brakes made their way onto mountain bikes. And to be clear, this system almost certainly isn’t an SPD-killer, but it’s also not intended to be. It’s a boutique, ultralight system that’s early in its design. With additive manufacturing they’ll be able to iterate much more quickly than traditional manufacturing methods, and I’m excited to see what Titanum can achieve with this project.

76 Projects make mounts for pretty much every possible combination of Garmin, GoPro, lights, etc. on almost any bike. They’re all designed and 3D printed in the UK, and in my experience they do excellent work. I use one of their toptube mounts on my hardtail and it’s been great.

They just announced on Instagram that they’ve bought a new HP Multijet Fusion printer. They must sell a boatload of 3D printed accessories, because those machines go for upwards of a quarter-million dollars. It’ll be exciting to see the possibilities it opens up for 76 Projects.

MY OWN SKETCHY EXPERIMENTS

My interest in additive tech kicked off over the winter when I got a Matterhackers Pulse XE 3D printer and started trying to make things. Some of them even work.

I designed these platform pedals using aluminum M3 hardware for pins (5mm sticking through on the outside pins, 4mm on the inside ones), and some titanium Nukeproof Sam Hill axles. The platform is 95mm wide by 120mm long, a decent amount longer than normal pedals. I offset the two sides slightly, built in a little ramp for rock strikes, and placed the pins roughly where you’d expect.

I’m sure someone with actual engineering skill could optimize them a lot, but they’re literally the grippiest pedal I’ve ever used already. Honestly maybe too grippy. And I’m pretty sure that at 195g they’re the lightest full size platform pedals in the world. Dangerholm, if you’re willing to sign ten pages of waivers…

On a less sketchy note, I’m really happy with this inline pump holder.

Pump holders that mount under your bottle cage make perfect sense and work well, but something about them being offset and on the side of the frame bothers me for no good reason. My Cotic SolarisMAX has about a hundred extra bottle mounts on the downtube, so I put two of them to good use and mounted my OneUp pump/tool inline. The way the pump snaps into place is super satisfying.

The ability for someone with zero formal engineering or CAD experience to be making functional parts after just a few late nights of figuring it out is one of the most exciting things about the technology. We won’t living in a world where anyone can download and 3D print their own titanium pedals in the garage anytime soon, but we’re already in a world where designing and producing your own spacers and mounts is way easier than you might think.

Alright, that’s it for this round of additive manufacturing oddities. Since I’m dorking out super hard these days it probably won’t be the last one of these. Sorry in advance!